Executives in corporations are at the forefront of some of the most contentious and preeminent social issues in history, spurring the need to prioritize social activism in their business actions.

Employees within corporations maintain high expectations for businesses and their executives. These expectations are emphasized for larger companies to engage with critical issues and make a positive impact. As it is today, there is a multitude of controversies plaguing our world, such as immigration reform, gender inequality, racial injustice, religious freedom, and gun regulation.

The motivations for corporate political activity

It is becoming far less common for indifference and silence to remain acceptable in organizations. Nowadays, the option of writing a cheque or completely ignoring social issues is all but eradicated for most companies.

In terms of applying the inquiries regarding corporate political activity, scholars have inferred a vast range of explanations to provide reason why corporations may adopt public stances in their business practices, particularly on matters of moral or social policy.

Explanations for corporate political activity regarding social issues typically fall into one of three categories:

Ordinarily, these classifications lean more towards a more self-fulfilling prophecy seeking to answer the questions such as, “How can I profit from this financially?” “How will my shareholders view this statement/stance?” “What is the popular public opinion?” and “How will this impact my brand’s reputation?”

The pressure to get involved

A boost in vulnerability resulting from corporate social responsibility or CSR may partly be a result of an increase in socially conscious consumerism. Millennials, who are much more prone than older generations to align their purchases with social causes, actively search for products that align with their needs while also expressing their political values.

According to Mary-Hunter McDonnell, Assistant Professor of Management at The Wharton School of Business at the University of Pennsylvania, “We have seen a 75 percent increase since 2000 in the number of social movements targeting firms.”

McDonnell infers that social activists select businesses rather than governments because they see political power increasingly in the hands of business conglomerates, not states.

“Because firms are increasingly multinational, individual states and countries don’t define many of the issues people care about, such as women’s rights. Targeting companies gives activists a wider reach.”

Occasionally, socially responsible companies attempt to partner or work with activists. This is utilized as a method to learn from them as well as a beneficial business strategy. For example, many businesses have collaborated with major LGBTQ activist groups in a direct attempt to serve what they saw as a group with a great deal of disposable income.

From the inside out

Today, employees are among the most passionate activists for CSR initiatives.

Many companies are primarily motivated to become involved with social activism by employees who are dissatisfied with the fact that their employer—or even worse, their own work—may support initiatives and policies they deem morally unacceptable.

This sensation of empowered employees demonstrates  a new reality facing organizations with the increase in social and political activism among the general public.

There is now a growing expectation for the corporate world to act as an agent to evoke positive change in an often desperate and demoralized world. Trust in government has fallen drastically and consumers now progressively look to the responsible businesses to address the big issues of the day. It is not a new notion for companies to take on a higher purpose.

However, in the present social and political climate, the stakes and expectations are higher than ever, particularly with growing internal pressure from employees. It is now an expectation that corporate leadership share their values and ambition to execute change and make a difference. This concept is essential to note as the competition between businesses to acquire top talent intensifies.

Download our latest ebook “How Social Activism Affects Business Management” for more insight into what your organization should consider when taking a stand on social causes. 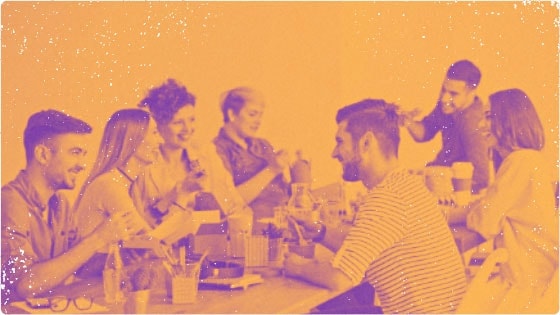 Why a Healthy Workplace is Crucial for Your Organization

Help your employees take good care of their health and wellbeing at work with a healthy workplace.

Disadvantages of a Formal Dress Code Policy in the Workplace

In modern corporate offices, a dress code policy reflects a set of personal choices determined by the goals and responsibilities of employee role.