The modern manager’s guide to communicating with Gen Z employees

Gen Z, like any other age group, has a particular style of communication that HR and managers should be aware of. Accommodating different communication preferences is a key part of creating an inclusive workplace.

Move over, millennials! HR experts have discussed Gen Y at length in the past decade. All the articles lamenting over millennial malaise in the workplace and championing their technological prowess. Now, there’s a new kid in town and they're catching everyone’s attention: Gen Z.

Generation Z (a.k.a. those born in the mid-1990s and later), is now entering the workforce. They’ve been labeled as an exaggerated archetype of millennials: even more tech-savvy and screen-obsessed, and with even higher expectations.

If you believe that Gen Zers are just millennials magnified, it’s easy to guess how they want to communicate in the workplace. Keep communications brief and reach your youngest team members where they feel most at home—on digital devices. Slack them, text them, and maybe even send them a message on Facebook. After all, their communication preferences mirror those of millennials, right?

According to the latest research, the answer is no.

Gen Z is known for being social media and tech savvy, but that doesn’t mean they don’t like good old fashioned conversation.

It’s well known that Gen Zers spend a lot of time looking at screens. Communicating in 140 character snippets and hashtagging #allthethings, they’ve reached a level of social media savvy that even most millennials haven’t attained yet. But apparently, all that screen time has made them long for an old-fashioned form of communication: face to face.

Forget instant messaging or email: in-person communication is Gen Z’s preferred way to touch base with their managers.

That makes this new wave of workers markedly different from millennials, whose growing presence in the workforce has been accompanied by the rise of office instant messaging apps like Slack and HipChat.

So why do Gen Zers differ so much from millennials in this regard? It might come down to their desire to be taken seriously in the office. A study conducted by Robert Half found that 45% of Gen Z workers believe it will be difficult to work with baby boomers. Many fear they’ll be treated like children by their older colleagues.

And if their primary form of communication is written, that may very well be the case.

It turns out that the generational relationship with internet slang and shorthand has merit: Gen Zers tend to be weak writers as a result of all that time spent lol-ing or brb-ing. The abbreviations and slang they’re accustomed to lack professionalism, while a heavy reliance on emojis means they may be less adept at conveying tone in their own written communications (or interpreting it in others).

According to the popular stereotype, millennials lack self-awareness. Here too, then, the next generation diverges from their example. Perhaps Gen Zers know their written communications are weak and eschew email or messaging in favour of face to face chats as the better way to prove themselves professionally.

Honesty is the best policy when dealing with Gen Z, who prefers in-person communication because they can get a more accurate read on managers this way.

A large percentage of Gen Zers insist that honesty and integrity are the most important attributes a boss can have—and surely it’s easier to suss out such qualities during in-person interactions.

When communicating with Gen Zers, candor is key. Forget glossing over bad news or trying to soften a blow. They want to know they can trust their bosses and if they lose faith in the leadership team, they won't stick around for long.

You can expect the same level of forthrightness from them, particularly when it comes to their ambitions and expectations of a workplace. “Generation Z, with their desire for flexibility and short-termism, are becoming a generation of contractors in all but name,” says Lisa Forrester, a director at GCS Recruitment. “They aren’t scared about being upfront in this regard.”

Remember, this is a generation that has grown up in a world that increasingly prizes transparency. Companies like Buffer now release salaries for all the world to view. Over the past decade, the FDA has brought in much stricter requirements for food and drug labeling. The success of celebrities like Lena Dunham, Anna Kendrick, and Jennifer Lawrence suggests that authenticity is endearing and something to be valued in this day and age.

At the same time, the examples of Enron or Martin Shkreli have taught Gen Zers to be on the lookout for less than full disclosure. Blind trust in authority doesn’t exist, and certainly not when it comes to the large corporations of the world.

This is a generation that has come to suspect dishonesty and prize authenticity and as such, a less than forthcoming manager will alienate the average Gen Zer.

Gen Zers want to make an immediate difference in whatever organization they join, and many fear that ageism will hold them back. Communicating as equals is therefore critical.

Gen Zers grew up in a period of massive disruption. Over the past few years, companies like Airbnb and Uber have overhauled entire industries. Meanwhile, the Mark Zuckerbergs of the world have proven that youth doesn’t preclude someone from having amazing ideas and a huge impact.

As such, Gen Zers are confident in their abilities, voice, and vision; they believe that industries and businesses can benefit from abandoning the status quo. This generation knows they can offer fresh insight—if only they are heard.

Managers who believe people must build up seniority in order to receive respect or earn a place at high-level planning sessions will see pushback from Gen Z. The future workplace isn’t about age or hierarchy—it’s about ideas. These newest members of the workforce want to be judged on the merits of their own making, not how many months it has been since they graduated from college.

The last thing to remember when it comes to Gen Z’s communication preferences? They want to touch base often.

Like millennials, your youngest team members will appreciate autonomy and freedom in their work, including the opportunity to set their own course when given a project. But make no mistake: they’ll want managerial feedback to make sure they’re on the right track.

Praise is particularly important to Gen Zers, since this is likely their first professional position post-graduation. Accustomed to regular feedback in the form of grades and evaluations, they may flounder if left alone. Encourage managers to check in often, offer thoughtful critique, and validate the efforts of their youngest team members.

As a people and culture pro, you should also check in regularly: what opportunities exist for professional development? Do they feel challenged or confined in their current role? Listen carefully to what your youngest team members have to say. Like you, these people will shape the future of work—and you’d be remiss to ignore their potential.

Okay, so maybe “move over millennials” isn’t the right sentiment. In order for Gen Z to succeed at work, we’re going to have to pay close attention to how they interact with their predecessors—after all, millennials now make up the greatest portion of the workforce and will manage these new arrivals. And while Gen Y and Gen Z seem closely linked, there are key differences in their communication styles that could lead to problems down the line.

That’s why this conversation is far from closed. There’s a lot more that needs to be said (and analyzed) in terms of how millennials will manage and interact with their youngest team members. Just as we’re closing the Gen Y/Gen X divide, another one has opened up. 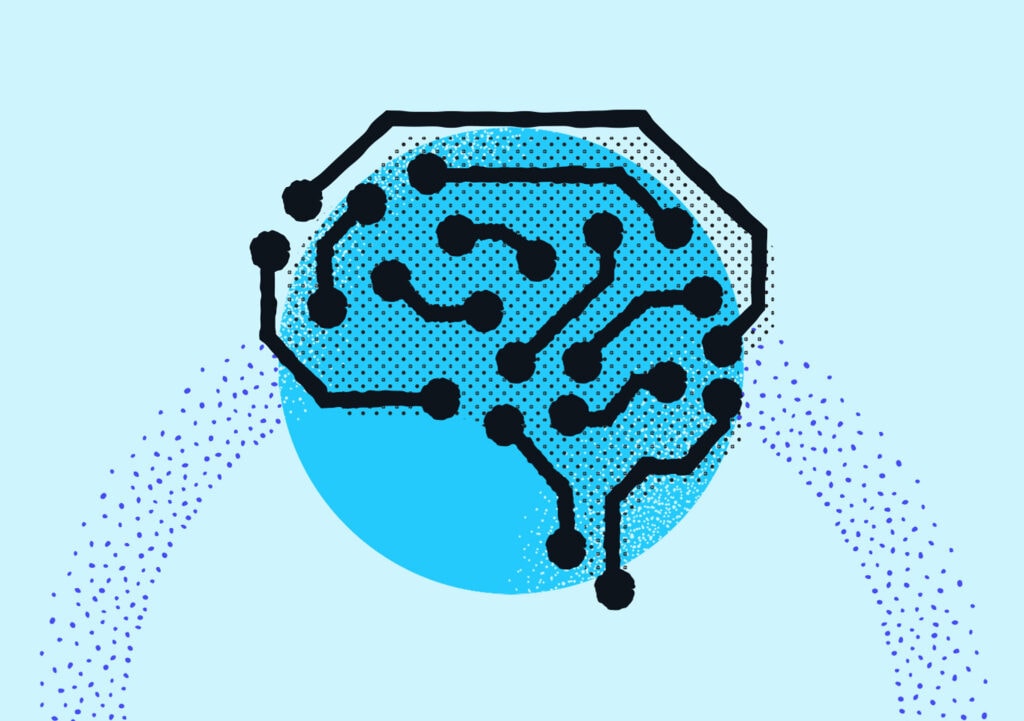 How to prevent cyber security risks for businesses 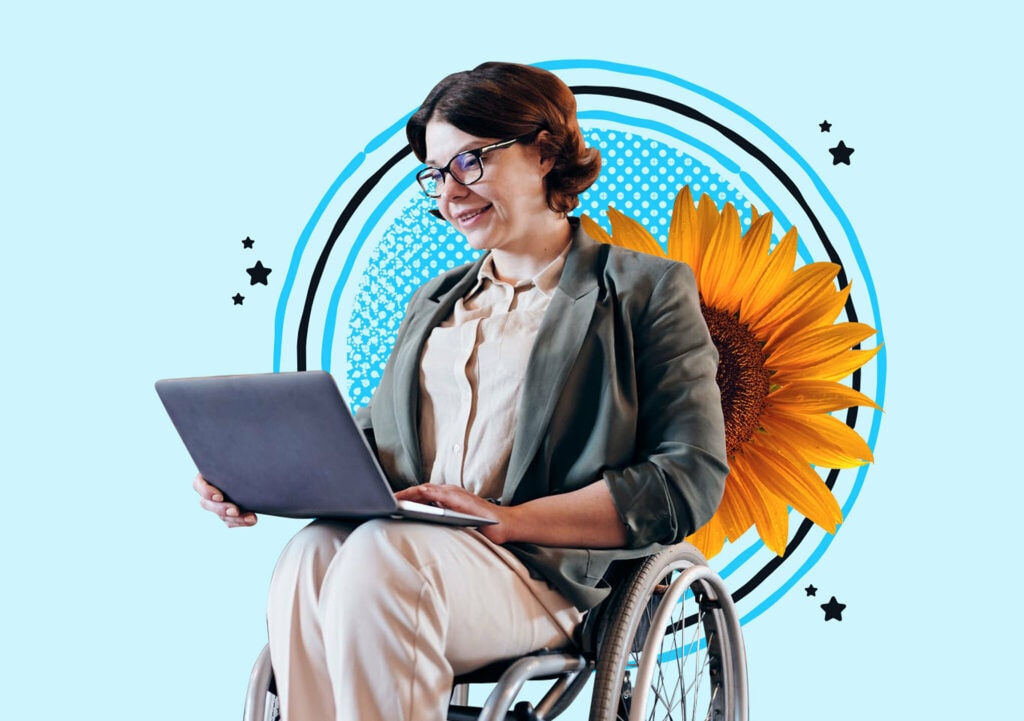 Things you might overlook when assessing accessibility in the workplace