How your choice of office layout impacts your employees

The office layout actually plays a huge role in employee’s lives. There’s a lot that goes into constructing a well-flowing office space, where employees are able to collaborate and be productive.

Office layouts have come a long way from the “cubicle farms” of the 1960’s, but are we headed in the right direction?

As Dr. Tina Seelig writes in her book, inGenius: A Crash Course in Creativity, “Space is a key factor in each of our habitats because it clearly communicates what you should and shouldn’t be doing. If you live and work in an environment that is stimulating, then your mind is open to fresh, new ideas. If, however, the environment is dull and confining, then your creativity is stifled.”

So what can employers and managers do to install office layouts that enhance the workplace environment and instill inspiration in their people? In this article, we'll discuss how your choice of office layout impacts employee productivity and performance.

Related Reading: The cubicle debate: Is the open-concept office any better?

The original office cubicle wasn’t like the cubicle of today.

When the original cubicle was unveiled in 1964, it wasn’t actually a cubicle at all. “Called Action Office, it was the brainchild of Robert Propst,” writes Nikil Saval for Wired.com. Propst was, “Among the first designers to argue that office work was mental work and that mental effort was tied to the environmental enhancement of one’s physical capabilities.”

The Action Office consisted of a standing desk, a ‘communications centre’ for making phone calls, which came in an array of bright colours. The elements of the office could be rearranged, and it was the first time that office furniture design took into consideration that there would indeed be real live humans using them.

Despite this, the Action Office was a commercial failure. “The product won a few awards within the industry,” writes Saval, “but otherwise saw little actual adoption in the workplace.”

Propst did not give up on his dream of the ideal office furniture and later emerged with Action Office II. Propst’s new design had 3 adjustable walls, with variable shelves and tack boards to allow for “individuation.” The idea was that the walls and shelves could be arranged and decorated in whatever way the team member desired.

Sales for the Action Office II (and its many knockoffs) took off. Unfortunately, the workspaces were not used as intended. “It turned out that companies had no interest in creating autonomous environments,” writes Saval. “Instead, they wanted to stuff as many people into as small a space for as cheaply as possible, as quickly as possible.”

Instead of flexible spaces, you were more likely to find a grid-like pattern of Action Office II desks, all with 6-feet tall walls, creating barriers to collaboration and communication. Sounds pretty depressing, right? Thus, the cubicle farm was born, and with it, thousands of unhappy team members.

The open office alternative is a popular alternative to the cubicle, and for good reason.

Oddly enough, the open office layout was born at about the same time as the cubicle farm. In 1962, Frank Duffy, then a 4th-year architectural student, discovered “a new workplace design,” writes William Kremer for BBC.com, “that had taken hold in Germany.” It was called ‘Burolandschaft,’ meaning “office landscaping.”

“A glance at a layout chart from that time reveals desks scattered in a seemingly higgledy-piggledy fashion,” writes Kremer, “with desks butting up against each other every which way, and clustered in work zones of different sizes.” Duffy describes the layout as, “Fundamentally a reaction against Nazism,” and eschews a top-down, military approach to office design.

Even today, the open office layout is far from rows of workers at desks, with only the top management receiving private offices: everyone is sitting together, with managers and discussions flowing freely. It is the favoured office layout of startups from Silicon Valley to Vancouver, in part because it’s a cheaper alternative to constructing multiple private office spaces.

An open office can be a huge time saver. When GlaxoSmithKline surveyed their team members that switched from cubicles to a more flexible office layout, “[They] found email traffic dropped by more than 50%,” writes Rachel Silverman and Robin Sidel in The Wall Street Journal, “While decision making accelerated by some 25% because workers were able to meet informally instead of volleying emails from offices and cubes.”

Anyone that has worked in an open office layout can attest to the fact that it’s great to walk up to your colleague and ask questions instead of emailing them back and forth. That said, it may be a different story when your colleague walks up and interrupts you mid-task.

As it turns out, the open office workspace is not the haven of creativity and productivity it was once assumed to be.

“There is such a thing as too much communication,” Kremer writes, “proximity to our colleagues makes it easier to have spontaneous micro-meetings, but it also means we have to sit through their deconstruction of the previous night’s TV, or their shouting matches with their teenage children over the phone.”

It might not be quite so awkward at your office, but the effect is the same, so it’s worth noting that open office spaces have their drawbacks as well. The ease of communication in the open office layout is clearly disruptive at times, especially when you are working in what psychology professor Mihaly Csikszentmihalyi calls “a state of flow.” Flow is most often disrupted by multitasking and distractions around the office.

“It can actually feel really good to multitask,” says Scott Crabtree, the Founder & CEO of Happy Brain Science, on FirstRound.com, but do not be fooled. Research shows over and over that when people multitask, they lose their focus more often and work more slowly. “Data suggests that you’re slowing down your performance, making more mistakes, and as Stanford communications professor Clifford Nass would say it, ‘becoming a sucker for irrelevancy.’”

There are many ways you can optimize your office layout without relying on all cubicles or an entirely open concept workspace.

Does having an organic vegetable garden or a nap pod enhance or hamper the workplace environment? “Forget all the crazy offices designed to make team members more creative,” writes Jeff Bradford for FastCoExist.com. “In reality, you only need a few simple things for everyone to get the most of their workplace.” Here are a few tips to establish a great office space for your team members.

Even if you have an open office layout, that doesn’t mean you’re resigned to distractions. It can be easy to create areas within the office that can be used by team members who want to get into their flow state. Try designating one boardroom, or an office with a door, as a silent workspace and allow team members to book the room for their private usage.

“Studies prove that natural light has mood-enhancing effects that encourage creativity,” writes Bradford. Allow natural light to shine into your office without obstruction and make sure team members are in the best position to avoid glare on their computer screens. Let’s be honest, nobody wants to hear the buzzing sound of fluorescent lights all day long.

“Sitting in circles provokes a collective mindset,” writes Christian Jarrett in 99u.com, “whereas sitting in straight lines triggers feelings of individuality.” If you do choose an open office layout, arrange desks together according to function to maximize collaboration and help your team members feel united.

A 2010 study of London office workers found that “workers given the opportunity to arrange a small office with as many or few plants and pictures as they wanted were up to 32 percent more productive than others not given this control,” writes Jarrett. An interesting perk for employees would be to offer them a small budget to buy their own choice of office supplies and desk decoration. Or, just give them the opportunity to bring in a few of their personal items, such as a plant or some photos of their pet, to make their space feel a bit more like home.

Don't stop at the office layout

Designing your office should not end with the positioning of your office furniture. Add in art and colour around the space, keeping in mind that different colours have different psychological effects on people. The point is to create an office environment that breathes life into your team.

Although we shouldn’t resign ourselves to doing things the way they have always been done without critical thought, there are ways to open up your office layout without sacrifice. Keeping in mind the diversity of your team and being mindful about the advantages and drawbacks of different office layouts will ultimately have a positive effect on your team members' happiness and performance at work. 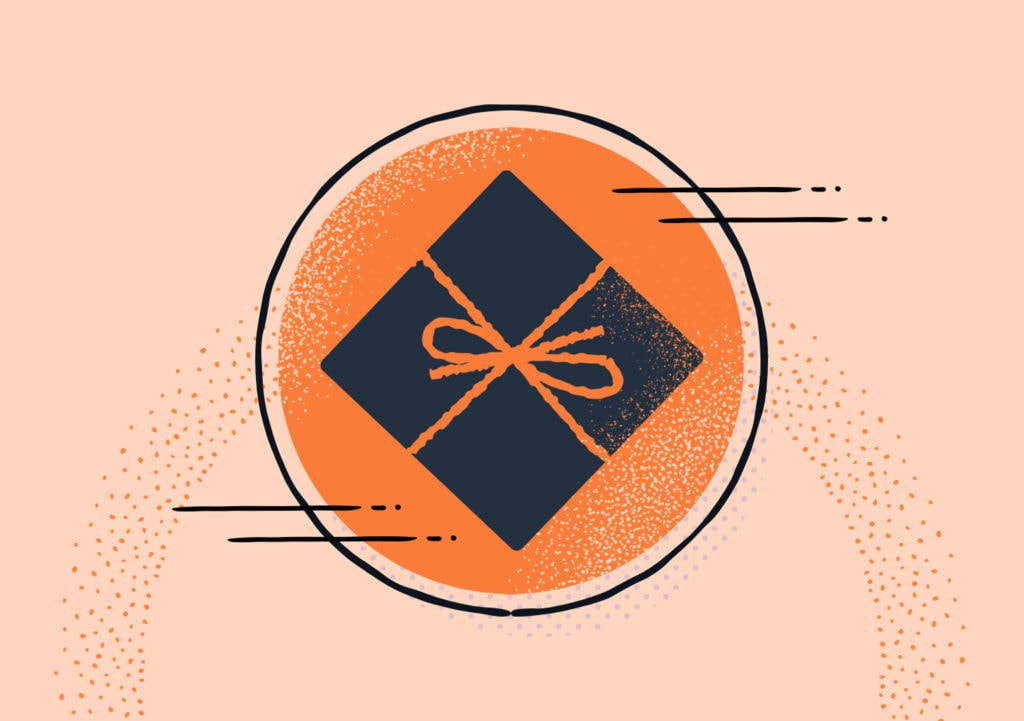 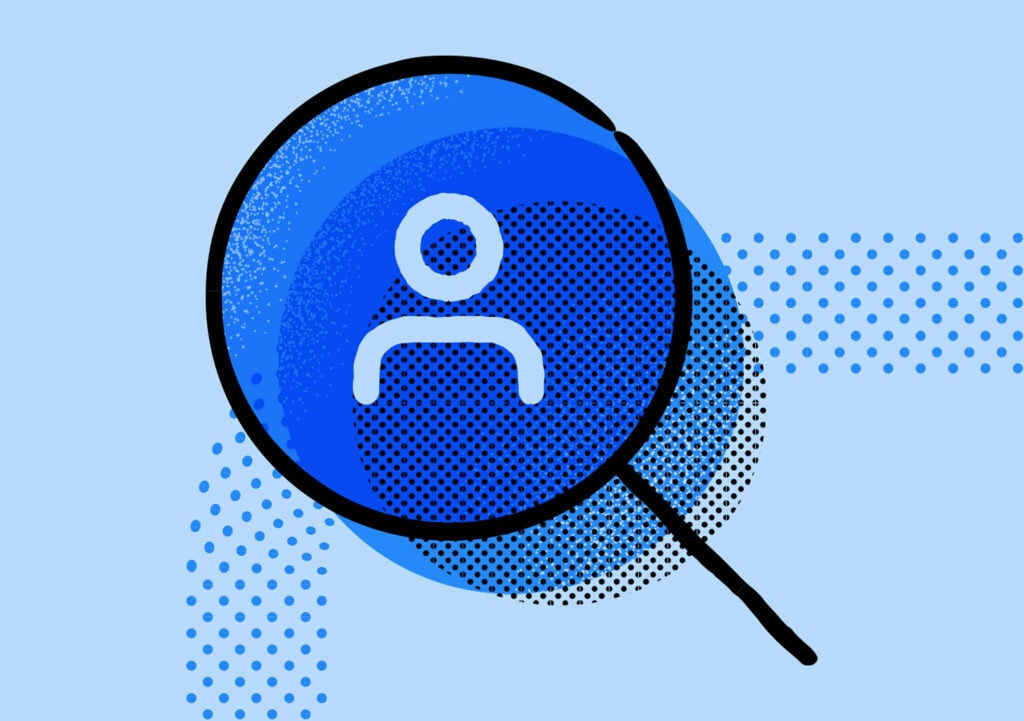 Creating a culture of transparency in the workplace

The best places to work all have these things in common