Jordans Interiors recently integrated their payroll and group benefits under Rise. Check out the Jordans testimonial video below to learn more about how Rise has saved them time, money and helped to improve employee retention.

Jordans historic and time-honoured past

Jordans Interiors and Floor Coverings has a historic past. Founded in 1929, the retail giant made its name selling exquisite hand-knotted carpets in Vancouver. Faced with the possibility of a wartime supply shortage of these rugs, it introduced broadloom carpeting to Canada several years later—the first company to do so. That commitment to service and quality continues today, even with the company’s substantial growth: Jordans furnishes residential and commercial spaces across the country but has never compromised on customer experience or product standards. Today, Jordans has over 200 employees across Canada and 40 payroll divisions. John Rutherdale, Controller at Jordans, manages an accounting team of 12 people who rely on modern and easy-to-use payroll software.

Improving employee retention with a modern approach to payroll

Whereas Jordans is historic and time-honoured, their payroll system was, quite simply, outdated. Navigating outdated payroll software was the biggest hurdle for their team. John knew a change was needed, but changing payroll providers was a really big decision. If they were going to make a switch, the provider needed to be the right fit in every way. After reviewing several payroll providers, John ended up booking a demo with Rise.

Customer service that went above and beyond

John involved his IT Manager and the two attended the Rise demo on Friday. Exactly one week later, Jordans processed its first pay run with the Rise payroll software. The timeline to go-live was incredibly tight, but after considering the extenuating circumstances, Rise told John we’d make it happen. “We didn’t even have a Payroll Manager,” John says, “but the CEO, Faiz, took it over and guaranteed the end of month pay.”

Faiz was there for the next pay run as well. “This was Thanksgiving,” John remembers, “and he was completely available that whole weekend. The CEO of the company, with his young family during turkey dinner, gave us his complete attention.”

Becoming a natural ambassador for Rise

As a Controller, John doesn’t have much experience with payroll processing. But thanks to our Customer Support Team, he doesn’t have to be an expert. These days, John reaches out to Rise between five and ten times a week, and though about 80 percent of those queries come by phone, he has never had to wait on hold. “Their precision is surgical in identifying the issue, solving it, and then teaching me to fish,” he says. That’s why he has given our Support Team the highest possible customer service rating on every single request submitted.

John says he looks forward to working with Rise, even now that a new Payroll Manager has joined the Jordans team and taken over the primary role of liaising with our Support staff. “I genuinely believe in what you’re doing,” John declares. “I will be a natural ambassador for Rise.”

John believes in Rise so much that when we later approached him about integrating payroll and group benefits, his only hesitation was due to the fact that Jordans had a long standing relationship with their previous broker. The decision to switch really came down to the fact that Rise was able to offer the company a better solution in all aspects. When John met Jesse, our Director of Group Benefits, and saw how competitive the Rise offering was in terms of rates and value, he couldn’t say no.

John is thrilled with his decision to bundle payroll and group benefits and the results he has seen for Jordans. The Rise team helped him switch from one national carrier to another, saving him 30% of total group benefits premiums and thousands of dollars per year in payroll fees.

Psst: This case study was originally written and published in 2015. We spoke with Jordans recently and have updated it with some key information about their experience integrating their payroll and group benefits with Rise.

Subscribe to our monthly email roundup of helpful HR resources. 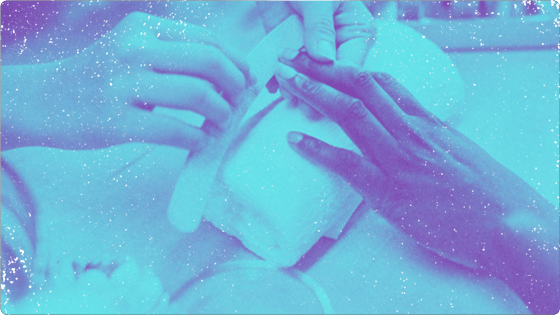 Discover why Rise's payroll and group benefits solutions make the team at THE TEN SPOT feel like a ten.