7 reasons why allowing dogs at work is a no brainer

Despite years of anecdotal evidence that dogs at work provide numerous benefits—from reduced employee stress to improved happiness at work—the idea of having our furry friends join us on the job is still sceptically received by a great number of employers.

If you’re a CEO or HR Director who imagines that having dogs at work would be a big, hairy, noisy, slobbering distraction, then you might be missing out on a major productivity-boosting perk. We at Rise can speak from first-paw experience when we say that dogs at work are a major mood-lifter that raises overall productivity and morale.

And we’re not the only ones. Major employers like Google, Amazon, Salesforce, Ben & Jerry's, the Humane Society, P&G Pet Care, and Autodesk all allow dogs, to varying degrees. So, based on the wealth of experience at a number of progressive companies, here’s a list of the 7 reasons why part-time pups should be welcome at your workplace.

While we wouldn’t necessarily disagree, we argue that having a regular (and adorable) distraction is healthy and beneficial. Frequent short breaks are a proven way to keep employees from becoming fatigued, particularly those who otherwise run the risk of burning out by spending too much time staring at the same screen or working on the same task. And though there are endless apps and plug-ins centred around making sure that employees stretch their legs every 15 minutes or so, there’s nothing quite as motivating as an eager-looking pup to get you up and out of your seat.

So, believe it or not, a quick game of fetch with Fido is an easy way for employees to stay sharp and engaged.

2. Get along better with colleagues

No matter how deeply-ingrained your company culture is, chances are your workplace is still full of differing personalities and work styles. As a result, one of HR's biggest tasks is to help everyone get along and work harmoniously.

But without undervaluing the important job of any HR manager, studies and experiences show that office dogs can be a very easy and powerful bonding tool. The shared love and attention that co-workers have for dogs naturally translate to an amicability—or at least one point of conversation—that they can share with one another. In fact, 53 percent of those who work for a pet friendly company report having a positive working relationship with their supervisors and co-workers.

Schools like Simon Fraser University began introducing “puppy therapy” during exam times for the purpose of allowing students a place to escape the constant dread of finals.

The same principle is at work with dogs in the office, and the reason is simple: studies show that stress levels are naturally lowered with a skittering, waggling, constantly pleased puppy around.

Some posit the theory that it’s because dogs seem to have boundless energy, enthusiasm, and love to offer, and this positivity is infectious and difficult to resist. So if everyone in the office experiences this same emotional lift, then that positivity creates a consistent feedback loop which makes for an altogether less stressful and happier environment. A staggering 91 percent of employees at pet friendly companies believe that their organization supports their mental well-being.

What’s wrong with a little stress? Doesn’t it keep you motivated, and don’t some people work better under a crunch?

More and more studies have come out in the past few years which disprove this theory, and instead show that even if stress provides a quick (but unhealthy) drive to work, most people wind up paying for it in the long run. One of the most concerning effects of stress is its impact on the immune system. Constant stress makes employees far more likely to fall ill.

Dog-driven workplace positivity can create a feedback loop of happiness and ease to combat the feedback loop of stress and sickness in a constantly stressed-out environment. That’s not to say that dogs are the only way to combat this problem, but they certainly are an effective one that requires next to no portion of the budget -- compared, say, to team building activities or wellness packages (which we also heartily recommend).

Here’s the claim that people may find the hardest to believe, but it is tied into the previous point about regular breaks: some experts have noticed that frequent “brain breaks” lead to employees being more able and willing to think quickly, creatively, and productively.

Having a short burst of time away from your computer to clear your head allows you to return with a fresh perspective and a more engaged mind. And, for some, the fun of being able to play with a dog may encourage them to work a little faster, or a little harder, to really “earn” that next break.

Staying late to work on a big presentation may be necessary, but it's never particularly thrilling. But chances are that putting in extra hours will be more productive, stress-free, and dynamic with your four-legged friend alongside you.

Dogs facilitate the ability to work quickly and harmoniously with co-workers and team members while still allowing workers to think creatively and productively after a long day. And since small companies especially don't have a lot of money to burn when it comes to overtime, anything that can help to make it as productive as possible is a huge boost to any workplace.

Whether it's a sick day, a mental health day, or stress leave, companies often lose a great deal of money (and otherwise capable and hard-working employees) because of unhappy, unproductive, or even toxic environments. Not to mention the fact that unscheduled absences can affect everyone, particularly if your office is relatively small. An increased workload on fellow colleagues can breed resentment which hurts any attempts you've made at team building and bonding in the past.

Vacations are a normal and healthy way to keep employees fresh and clear-headed, but regular unscheduled and sudden absences can be a sign of a larger issue. As we've mentioned above, dogs in the office tend to reduce stress levels as well as improve the immune system, team building, and job performance. So the best way to save money, save employees, and save clients may be to hire a human's best friend.

The downsides of dogs at work

Naturally, we can't deny that there are some downsides to animals in the office.

For instance, accommodating employees with canine phobias or allergies may be very tricky—both because of their health concerns, and because they will miss out on all of the positive stress-reducing or bonding elements of having dogs at work, to begin with.

Other potential problems may involve poorly-behaved dogs, concerns regarding the health status of the dog itself, cleanliness issues, and noise.

Every company that does allow dogs in their office should make a point of establishing very clear guidelines to avoid major mishaps and messes. One pet-friendly workplace you might have heard of—Google—makes sure to explain to its dog-owning employees that they are responsible for cleaning up their dogs' messes and that they must be aware of colleagues with allergies when taking the dog in and out of the building. Meanwhile, Klutz simply advises that any animals in the workplace must be well-behaved. Finally, and to no one's surprise, the Humane Society allows furry friends at work, but you might be surprised at how tough their regulations are. They ask any pet owners to submit an application to have their dog at work, which reviewed on the basis of whether the dog is properly vaccinated and—even once approved—the pooches are on a 6-week probation to ensure that they are a good fit for the office.

Dogs may not be suitable for all office environments, but if this sounds like an appealing option for your workplace, give it a try. Get buy-in from team members, find out who has allergies, and then start putting a policy in motion for a happy, productive, and holistically healthy office! 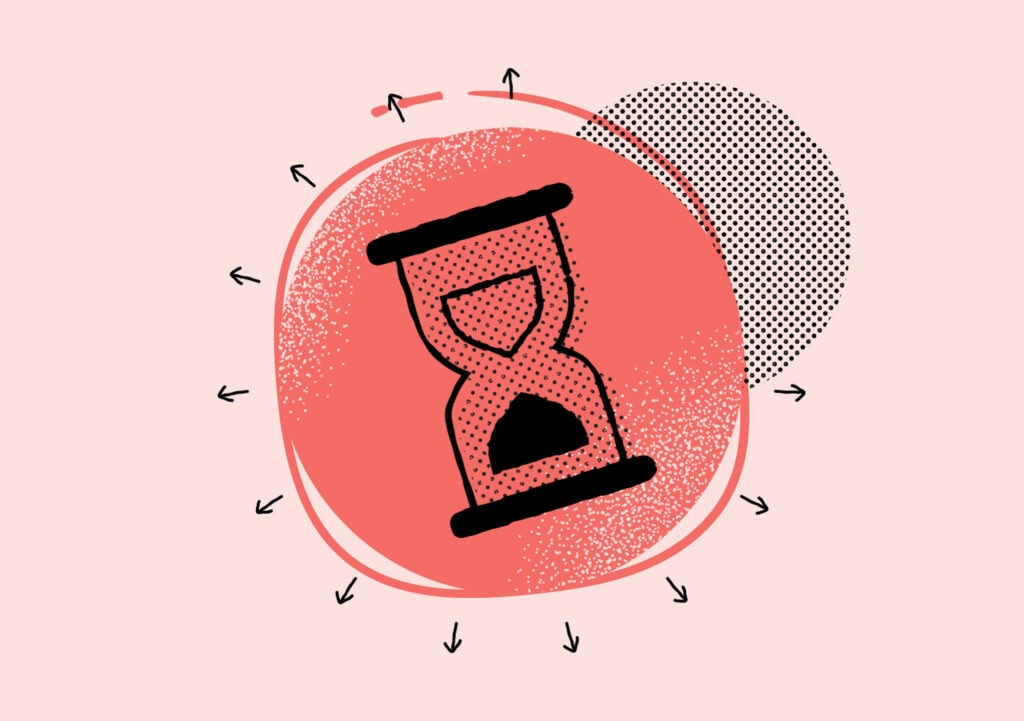 Should you offer your employees an open vacation policy?

Recommendations and requirements for personal and sick time 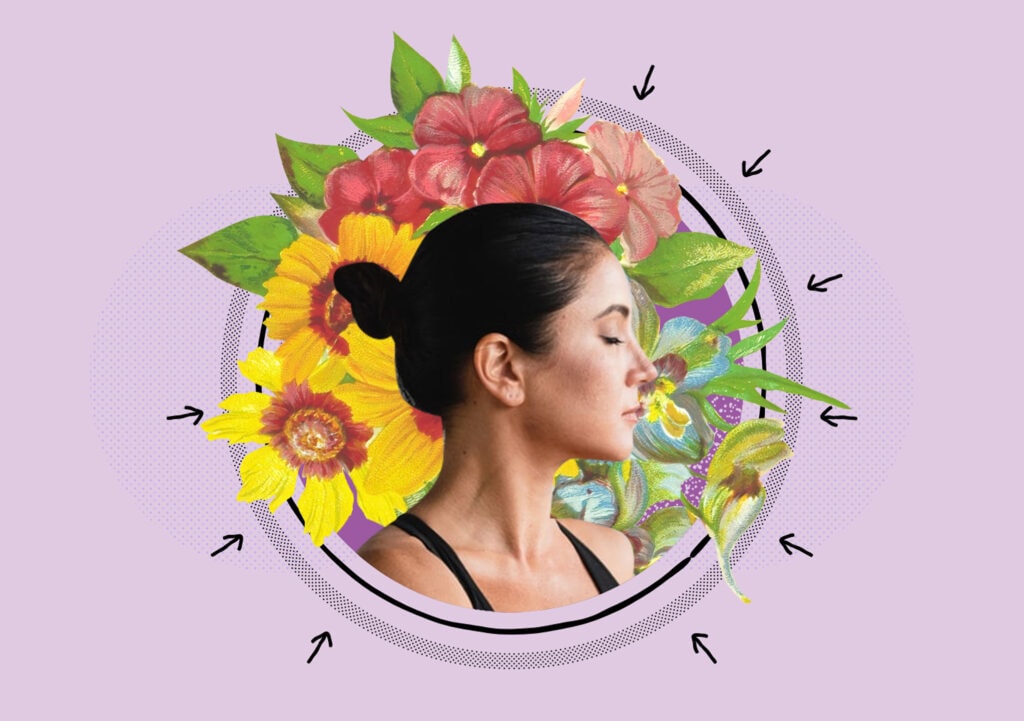