As HR and recruitment pros go through the motions of sifting through endless piles of resumes and conducting numerous job interviews, it’s easy to fall into a hiring practices rut. In continuing to sticking with the same processes that had worked in the past, companies will continue to see the same results and be missing on untapped gems in the talent market.

If you have plans to grow your team, it’s time to start putting effort into improving your recruitment strategy and putting into action these seven effective hiring practices.

What kind of candidates do you want to attract and how can you sell them on your company over everyone else’s? Health and wellness benefits? An office pet policy? Catered lunches every Friday? To bring in the best, you have to give people a reason to apply—one that goes beyond the paycheque.

Zappos runs a marketing campaign for their company culture, selling themselves not just to shoe-lovers, but also to job-seekers. Their Insider Program creates a network of promoters, all willing to spread the word of Zappos. The company also publishes a free eBook every year, a kind of culture manifesto written by current employees.

Through this approach to recruitment marketing, you can effectively build your employment brand so that candidates will “buy in” to your company, rather than the competition’s.

Experience doesn’t equal expertise, and it certainly doesn’t promise passion. That said, ask any HR manager who they would rather hire: someone who just graduated from university or a candidate with five years experience in a similar role? They’ll almost universally land on the latter. Often, that’s the right choice, but in some cases, it’s not.

The problem is that overworked HR professionals have grown accustomed to ruling out ‘under-qualified’ candidates without ever actually considering them. Who has the time to do otherwise?

If you don’t make time, you could be missing out on potential great hires. That’s because creativity, adaptability, and passion count for a lot, and are far harder to teach than many skills. The screening process should be about more than ticking off boxes on a checklist. So when deciding who to interview, pay close attention to the cover letter and the case that the candidate makes for why they’re the best fit for your team. Why not give the underdog a chance to wow you?

At our Rise Open House events, we often meet individuals who don’t plan on entering the job market immediately, yet are interested in getting to know the tech industry in Vancouver and in expanding their professional network. We believe that it’s this kind of perseverance that lands job seekers their dream position, and it’s this kind of tenacity that can help you find your next superstar employee.

While the open roles we’re hiring for certain departments at Rise will vary, one position will always remain open: “Awesome? Apply here!” We would never want to miss out on an amazing candidate for our organization.

Additionally, the next time an application lands on your desk, take a second look at the cover letter. Why not make some new LinkedIn connections, even if no positions are currently open?

Proactive sourcing keeps the talent pipeline full so that when a position comes up, you’ll be reconnecting rather than introducing yourselves for the first time.

Internal referral campaigns are one of the best ways to source top talent. Employees know that anyone they recommend will reflect on them, which is a serious responsibility. Since they already have a solid understanding of company culture and expectations, they can also assess if someone has the intangible qualities necessary to succeed (but which can be challenging to communicate in a job posting).

It’s important to keep in mind that interviewing isn’t solely the responsibility of hiring managers, HR professionals, or the senior leadership because they’re not the only ones who’ll have to work with this person. As such, it’s a good idea to include people who will be the candidate’s direct peers or reports.

As deadlines pile up and quarterly targets loom large, the temptation to hire extra hands becomes greater. A stressed out team is a sign you need to bring more people on board—and soon—but you never want to extend an offer to someone you’re not excited about. “Good enough” isn’t, in fact, good enough.

To take pressure off your team in the interim, look for contractors, freelancers, or temps. There’s less commitment involved (especially with the latter), so you don’t need to vet them as thoroughly. And given the nature of their work, most can dive in without a lot of onboarding or training.

As a bonus, you just might find your next A player once a full-time position on your team becomes available.

There has never been a role more fulfilling, flexible, or rewarding than this one—or at least that’s what you’d like your candidates to believe. Our eagerness has a tendency to make us a bit dishonest. We skip over the grunt work or overtime hours because we want this all-star employee to sign on. But for how long will this last until the truth is revealed?

Make no mistake: misleading candidates during the hiring process will lead to resentment later on, ultimately increasing the company’s turnover rate. That’s why it’s so crucial to be transparent in every interaction with applicants. Explain what a typical day would look like. Talk about the tough parts of the role and ask the candidate if they are prepared to take the responsibilities on.

Yes, you will risk frightening some people off, but hiring someone without full disclosure of what they can expect could potentially lead to a regrettable mistake.

Hiring managers may feel the need to justify the rejection of a candidate—which can lead to comments that come off as insulting. Rather than pointing to an applicant’s deficiencies, it’s best to thank them for their time and efforts while politely explaining that another candidate was a better fit for the role.

Waiting too long to contact candidates is a common hiring manager misstep. While bad news may not be the most fun to deliver, not following up with candidates can be received as poor etiquette. After all, these candidates have taken the time out of their day to apply and meet with you for an interview. The least you can do is send them a polite email to let them know they didn’t make it to the next round of the interview process. You should phrase the rejection nicely, and in a way that protects your company and brand from potential backlash.

Now that you know the 7 habits of highly effective hiring, you’re in a far better position to successfully search for and discover superstar candidates. Little steps and initiatives like these become habits long term. And by hiring the right people, you will help reduce your employee churn rate, enhance your office culture, and change your business for the better. 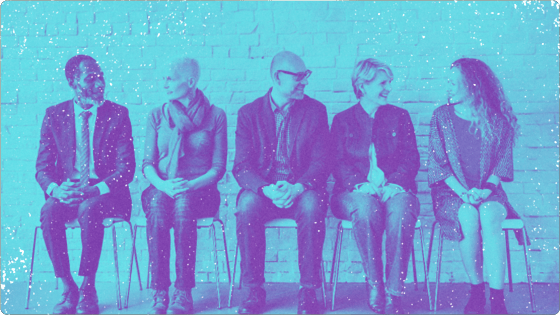 5 Most Common Mistakes in the Recruitment Process

Recruitment demands attention to detail every step of the way. Here are some common errors to watch out for in your recruiting process. 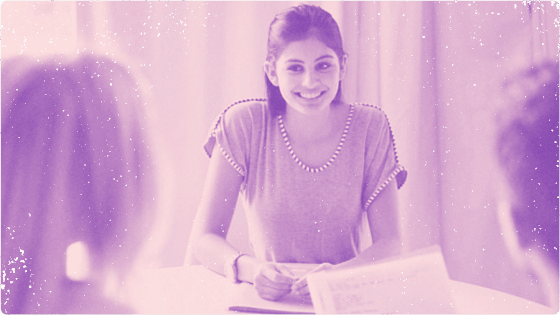 50 of the Best Interview Questions to Assess Cultural Fit

How do you know if a candidate is right for your workplace culture? Here are the best interview questions to determine cultural fit.