Handling presenteeism in the workplace

Presenteeism is the problem of employees showing up to work even when they are ill or focused elsewhere, and unable to perform their jobs to the best of their abilities. This can be a major issue for productivity and performance.

In the midst of this increasingly competitive war for talent, you’re doing well if you just have people in seats. It means you’re filling positions, retaining the team, and keeping absenteeism to a minimum. No worries to be had, right?

Old-fashioned HR managers may use attendance as the metric for measuring success, but observant people and culture pros know team members can be at work without being fully present. As it turns out, efforts to clamp down on absenteeism may have led to a worse situation at work—rampant presenteeism.

In short, presenteeism is when employees show up to work and work when sick, it leads to productivity loss. Examples of ailments that can affect your people include asthma, arthritis, migraines, allergies, depression, diabetes, and anxiety; the list of culprits is long and varied, which means your team could be more affected than you realize.

Presenteeism is not a matter of shirking one's responsibilities or disengagement with work. “We’re talking about people hanging in there when they get sick and trying to figure out ways to carry on despite their symptoms,” explains Debra Lerner of Tufts University School of Medicine in a Harvard Business Review article. In cases of presenteeism, team members want to give their best efforts but cannot deliver because of health issues or personal problems. Pain, whether physical, mental, or emotional, has a great influence, disrupting concentration and increasing fatigue and ultimately resulting in lost productivity.

Productivity loss as a result of presenteeism is three times greater than losses caused by absenteeism and costs US businesses almost 230 billion dollars each year. That’s a pretty expensive problem to have.

Presenteeism can result in heavy costs for your teams as well. Colleagues might feel pressured to pick up the slack for inefficient team members, thus adding more to their own plate just so the work gets done. Feeling stressed and strained, helpful teammates may find they can no longer be as productive at work. When this becomes a pattern, that will breed resentment if unchecked and create a vicious circle.

Presenteeism isn’t a new problem, but research began on the topic in around 2000.

According to Norman Clemens of the American Psychiatric Association, presenteeism is just “a new catchword for an old problem,” and one that’s garnered increasing attention as of late.

Due to strategic directions that were taken in the past, presenteeism is becoming more and more pervasive. Attempts to cut down on absenteeism led some companies to adopt way too restrictive time off policies. How many times have you heard someone say, mid-sneeze, “It’s just a cold,” or complain of a persistent neck crick while at the office? As the number of allotted sick days decreases, it’s common to see people saving them for when they’re ‘really’ needed—like flu season, or when their own child is ill.

There are a number of contributing factors that dissuade employees from taking time off—from company culture cues to personal reasons—and increase the likelihood of presenteeism in your workplace.

Make sure your employees feel supported enough to take time-off if they aren’t going to be able to do their jobs well.

First things first: tell your team members that you want them to be able to give their best efforts when they're at work. If they're unable to perform at their best, they should stay home when they’re sick and take the occasional mental health day. The goal is to clearly communicate what’s acceptable and what isn’t: for example, your company might allow mental health days, but if requested in the middle of a major project, there may need to be a discussion first. Do away with unspoken rules in favour of clear, articulated guidelines that apply to everyone.

Next, revisit your current time off policies. An employee engagement survey can help you gauge how well your current one is working. That said, even offering just a few more sick days each year can send a powerful message to your team, plus go a long way toward building your employer brand. Do you want to be the company that offers the bare minimum, or one that goes above and beyond what's typically offered?

Introducing flextime, telecommuting and other remote work options will provide alternative options to parents who need to stay home with a sick kid, or to people who can’t afford to miss a day of work. It will also alleviate the anxiety team members might feel about missing deadlines while away. For more serious cases of poor health, paid sick leave can provide your employees with the peace of mind of taking care of their health first and foremost without fearing their job security.

The link between health and productivity is undeniable. Presenteeism is a great concern for people and culture professionals, with the costs of presenteeism rising as the issue persists. And unfortunately, it’s a lot more challenging to monitor.

To track and measure presenteeism, you need to be in tune with your team and be able to recognize when sick employees are struggling. More than that, your company must be willing to provide the tools and the time necessary for someone with health issues to recover, reset, and return to optimal productivity. Prioritizing employee health is worth it—both for the business and for your people.

How to increase new employee productivity by 25%

The value of empathy and emotional intelligence at work 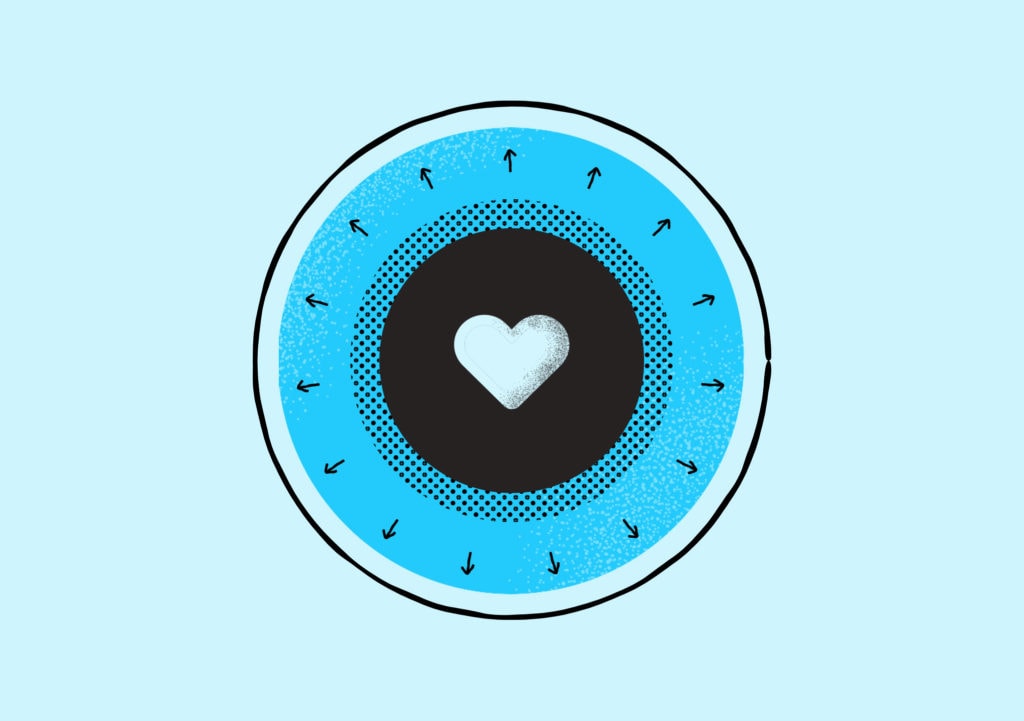 The psychosocial factors of workplace health and safety